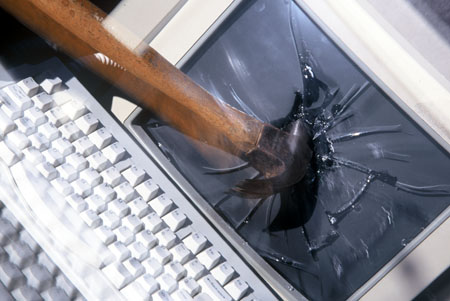 Imagine you could take a hammer to your recruitment software, smash it up and start again. Taking what you know now about the way you work, incorporating how you might work in the future and the features you might need. Starting out with a blank sheet of paper and imagineering something new.

Imagineering is a phrase coined by the Aluminium Company Of America in the 1940’s to describe combining known engineering principle and the imagination of what was possible. It’s a phrase adopted by Disney, who employ Imagineers, whose job it is to design, build and develop theme parks, and stretch the bounds of what is possible. Stephen O’Donnell wrote a blog post on #trulondon last Feb, and how this was like being in a room of imagineers on Recruitment technology, and from that post I had an idea. What if we could imagineer the tech we use day to day, and come up with something new.

It’s a common problem that I see when I go in to organisations, in particular recruiting software that was built for information storage rather than information retrieval. The type of A.T.S. that is great at hiding information, obstructing candidates in the application process and to reduce volumes, tracking a legal process rather than smoothing the transition between candidate approach and hire. If you could start again where would you start?

Theres a few key features that would fit in with my imagineering, and the candidate would be at the heart of the process. Not thinking of the process as applying for a job, progressing or being rejected in a single transactional process.

I want connecting being as simple as one click, and to be connected in all the social places, not just one.

I’d want the process to be one where people are people, rather than candidates or talent, and companies and people connect and communicate,with accessibility between people in the outside world and the hiring organisations.

I’d like my data to be real time, constantly updating, rather than being dated from the first date of contact. (In particular I’m thinking of the resume/CV.) That means being able to access the latest data where it is, without the candidate needing to update it for themselves. Taking data from social places like LinkedIn and Facebook.

I’d like full analytics on everything I’m doing, that will help with decision making, so that I can make decisions based on facts rather than gut feel. I want to know whats working and why, rather than think I know. I’d like my technology to use the data to help with predictive decision making, and make suggestions to people that help them, like Amazon for recruiting.

I’d like my tech to be collaborative, so that I can plug in to API’s, applications, tools and other tech, and get all the data in one place, and only need to make any action once, and to have my actions tracked for me, without needing to carry out other actions.

I’d like to be able to search inside and outside of the technology, and access the results in one place, using any search methodology I choose.

I want all my information in one place, with a simple dashboard.

I want my data to be secure and confidential, with the flexibility to scale up and down according to the need.

These are just a few of my thoughts about how I want my recruiting technology. #TruLondon track sponsor and Microsoft Partner ColleagueRS are interested in the same thing. They want to look at how recruiting software could be with a little imagineering, and will be running a track to see what recruiters and candidates really want, and they want to learn by listening rather than talking.  The challenge is quite simple. One hour with a blank sheet of paper, active and vocal participants and an open mind, to imagineer recruitment software for the current day. They will be recording everyones thoughts and producing a post-event white paper on what recruiters think is possible and needed. It’s going to be a lot of fun! Thanks to the team at Colleague for supporting #trulondon.

Hope you can join the conversation, and in the meantime, fire your thoughts over in the comments section and apply a little imagineering.